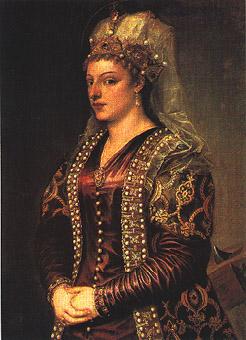 The Society for Creative Anachronism

Since 1984, I have been a participant in The Society for Creative Anachronism. SCA participants study and selectively recreate their favorite aspects of the Middle Ages and Renaissance. The SCA is an international organization with over 24,000 participants. I am the webmistress for our local chapter, the Barony of Settmour Swamp, which covers much of north-central New Jersey.

People adopt medieval or Renaissance-era personas in the SCA; I am known as Mistress Jessa d'Avondale.

The SCA has provided me with opportunities to research and recreate Renaissance dance, costuming, cooking, music, calligraphy, illumination, and other topics.

At the local and kingdom levels, the SCA runs on volunteer efforts, so I have also had the opportunity to learn many organizational skills. Over the past 17+ years, I have editted local and kingdom newsletters, planned feasts, organized events, and taught dance classes. I served as assistant editor of Tournaments Illuminated (the quarterly magazine of the SCA), and compiled a series of articles for T.I. on the various awards bestowed by the kingdoms of the Society.

I was recognized for all these efforts by being inducted into the Order of the Pelican in 1997.

Back to Marla's Home Page